Skip to content
Posted on May 4, 2010May 21, 2017 by anandgeorgezachariah Posted in GQ, PRODUCT PLACEMENT 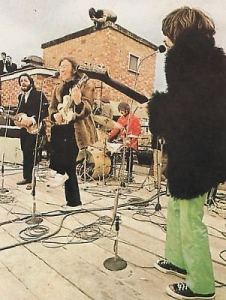 The centurion of fashion product placement, Converse, a brand in constant reinvention ever since I can remember, has outdone itself; by introducing a new ‘prom’ range. In this day of Manolos and Jimmy Choos, seriously? And who goes to ‘proms’ these days? The brand turns a glorious 102 years old this year.But Converse surprises us every time, with rock star collaborations and product placements that are so off-key, but highly effective, they stun the budding marketing student in me, over and over again.

In 2005 the Chuck Taylor All Star Peace Collection by Converse called upon artists from around the world to submit artwork that embodies their personal vision of peace. This was at aimed at the millions of people around the world who wear Chuck Taylor sneakers and who identify with the brand’s ideals of “Creativity, self expression and cultural understanding”. Chucks are so alluring that even someone as anti-product like rebel-pop artist M.I.A. today endorses it. And just when you thought there was no scope for product placement in fantasy and historical epics; think again. Marketing wizardry landed Converse on two sturdy feet; Converse is also the only recognisable fashion brand to tread the stony moving stairs at Hogwarts and also astonishingly in the Sofia Coppola’s artsy period epic Marie Antoinette.
Product Red and Converse continue to collaborate on a range of artist signature shoes with Billie Joe Armstrong of Green Day. Other rock star collaborations of the iconic shoes are the Kurt Cobain signature shoe and a range honouring the punk pioneers; the Ramones shoe. Long before Nike became the most prolific footwear product placement( Aliens, Back to the future etc) The Beatles(pictured above) and Beach boys toured wearing Converse .NBC’s TV series lead character Chuck Bartowski from NBC’s Chuck wears Chuck Taylors. Creepy huh? Across the pond, Converse is also featured in the last Doctor Who season, played by David Tennant. The sheer beauty of Converse is it’s strange unifying ability, it looks good on anyone any age, any sex, any sexual orientation,any race and with any kind of clothing.Sylvester Stallone trains in black Converse throughout 1976’s Rocky. Openly lesbian Ellen DeGeneres dances in Chuck Taylors on her talk show and on the red carpet. Natalie Portman, Kirsten Dunst, Elijah Wood, Kristen Stewart are other stars frequently seen to wear them. The company’s 2008 Connectivity anniversary ad campaign featured James Dean, the Sex Pistols’ Sid Vicious, hip-hop artist M.I.A. and others.Acclaimed designer John Varvatos designs an entire range of premium Chuck Taylors.

I used to wear a dazzling white ankle high Converse pair as a child till about the age of 8. But only rediscovered Converse four years ago; and have worn them religiously ever since. My blood red pair has caused much heartbreak and shock at my rather conservative church. The little boy in me squealed deep inside with relish, at my rather laughable and pitiable rebellious act; but what the heck.Converse has diversified into successful clothing and accessories range, its iconic Chuck Taylors will be in vogue for many years to come. And am guessing by Converse’s previous track record, the prom range will do well too.

An example of Converse product placement (quite obvious) with shock and horror, dialogue endorsement as well, but it was a very successful campaign.
And the controversial pair of pink-blue All Star Converse trainers in period epic Marie Antionette